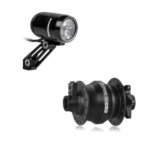 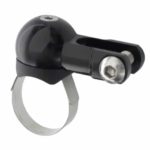 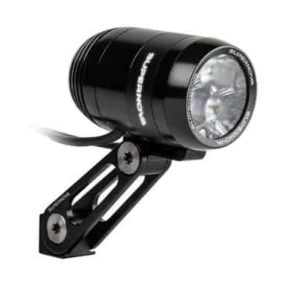 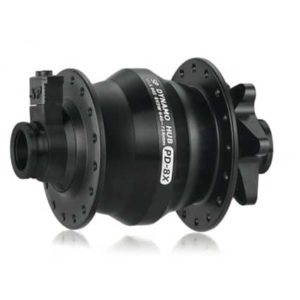 Dyna Hub: The PD-8X is the union of a precision 6V3W dynamo with the modern 15mm thru-axle(6 bolt or centerlock) disc specification …and the new acme of dynamo technology for “Xtreme” use. It is perfected integration of “bleeding edge” technology and muscular aesthetics. Yet the ultimate attainment of 8X remains its superior mechanical performance. Not only the most efficient in its class, the 8X is also the lightest in weight. With premium surface treatment and design, the 8X is gorgeous in motion and striking at standstill.

Light: This triple lens is used by Supernova in the most powerful dynamo headlamp, as a wide all-round illumination is ideal, especially in off-road racing applications. Many long-distance races have been won with this light. The current lens is perfectly matched to the latest, more than 40% brighter LED generation. Thanks to the fine honeycomb structure on the surface, the light image has a pleasantly homogeneous light distribution.

Get Special Offers and Savings

Get all the latest information on Events, Sales and Offers.